Learn an Accent in 3 Minutes! (A Rant) 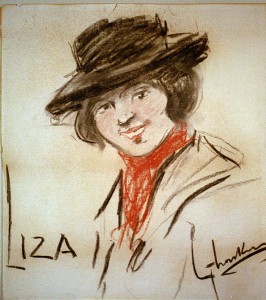 A while back I posted something about “accent savants” on Youtube. These are people with a knack for dialects who post videos of themselves imitating Cockneys, Americans, Irishmen or some other nationality. I find these videos harmless fun, even as I have qualms with their accuracy.

The actor in me, however, fears a more harmful phenomenon, the “How to do an accent” videos now littering the web.

Anyone who cares about dialect work, and knows first-hand how easy it is to go astray, should take issue with things like this person, who attempts to teach you Cockney (sorry, the embed function is disabled here).

Before we all jump down this guy’s throat, I’ll say that this tutorial isn’t entirely off-base. But that’s not really the point. These kinds of videos perpetuate the bizarre myth that you can learn an accent instantly, as if you can throw on a few simple “sound changes” and people will think you’re a Hackney shopkeeper. “Learn an accent in three minutes” makes as much sense as “learn how to repair your car’s suspension system in three minutes.” Both excellent ways to end up in a ditch.

Acting, I learned in school, is about specificity. And videos like this are geared toward non-specificity: the most general and obvious features of an accent explained in the most general and obvious way. Good accent work is not about getting the big stuff right. It’s about nailing the little distinctions: the difference in pronunciation of GOAL and GOAT in London, the difference between CAT and CAN in California, between RIGHT and RIDE in Philadelphia. It’s about consonants, not just vowels. Intonation, not just phonetics.

Look.  I don’t want to be too harsh on the people who make videos like these. I understand their passion, and I understand the need to share (otherwise I wouldn’t write this blog!) But I would ask people who want to talk about accent and dialects on YouTube to talk about these topics rather than pretending to teach something instantly which can take years to learn. Let’s not mislead people.

Ben T. Smith launched his dialect fascination while working in theatre. He has worked as an actor, playwright, director, critic and dialect coach. Other passions include linguistics, urban development, philosophy and film.
View all posts by Ben →
This entry was posted in Uncategorized and tagged accents for actors, Cockney. Bookmark the permalink.

11 Responses to Learn an Accent in 3 Minutes! (A Rant)