The Rhythm of English Accents 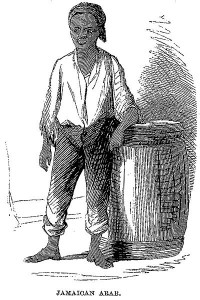 When people discuss accents and dialects, they usually talk about consonants, vowels, diphthongs and the like. I know I do. But what about the musicality of an accent? We all seem to have a unique rhythm to our speech, a kind of linguistic “time signature,” if you will. Is there some way of quantifying this? And does an accent’s rhythm mean anything?

As a matter of fact, there is a way of measuring speech rhythm, although it’s an imperfect science. Linguists refer to this as timing (or to use a more scientific term, Isochrony). And when it comes to the “timing” of accents, there is a lot we can learn through measuring these differences.

1.) Syllable-timing. This means that each syllable in a language has roughly the same duration.

2.) Stress-timing. This means that [Ed. note: I have tried for hours to come up with a way of putting this into my own words and this definition never comes out right.  So (sigh) I’m going to resort to quoting Wikipedia:  “In a stress-timed language, syllables may last different amounts of time, but there is perceived to be a fairly constant amount of time (on average) between consecutive stressed syllables.”]

For example, compare Spanish, a syllable-timed language, with English, a stress-timed language. Spanish Yo Hablo español muy bien tends to have equal duration for each syllable:

Whereas in English, “I speak English really well” is more like:

While all native English accents are basically stress-timed, for English accents with some “foreign” influence, the difference between stressed and unstressed syllables may be less pronounced. A study at North Carolina State University, for example, found that speakers of Jamaican English (influenced by West African languages) and Chicano English (influenced by Spanish) fall into a kind of “middle zone” in terms of timing. They aren’t as syllable-timed as Spanish, but they are less stress-timed than more “standard” varieties of English. To put that into plain English, these accents maintain a bit of a “foreign” rhythm: each syllable is weighed more equally than it would be for most English accents.

So what can we learn from findings like these? One thing they illustrate is how these “foreign-influenced” accents can change over time. In the same Duke study from above, the researchers compared modern-day speakers of African American Vernacular English with the recordings of ex-slaves before in 19th-Century. Their findings:

This result suggests that a difference in rhythm may have existed between earlier [African American English] … and that AAE has become more stress-timed over the years.

So, then, African Americans, who once spoke with rhythmic patterns closer to African languages, later adopted the timing patterns of more mainstream varieties of English. Perhaps we can use this to gauge how far a dialect or accent has diverged from its foreign origins?

This raises interesting questions about how other languages play a part in shaping English accents. Which features of another language remain part of an accent long after the foreign language has “left the room?”  And which of these features are lost?

**Similarly, linguists Eivind Torgerson & Anita Szakay, in their study of Multicultural London English, found that people with this accent have more syllable-timing than other Londoners.  Apparently this feature spreads!

Ben T. Smith launched his dialect fascination while working in theatre. He has worked as an actor, playwright, director, critic and dialect coach. Other passions include linguistics, urban development, philosophy and film.
View all posts by Ben →
This entry was posted in English Phonetics and tagged prosody. Bookmark the permalink.

5 Responses to The Rhythm of English Accents