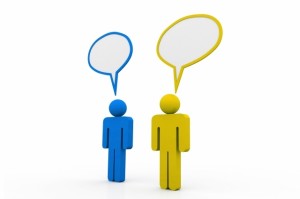 A few weeks ago, AOL ran a timely article about the connection between Twitter and regional American dialects. The piece begins with some rather obvious points: that people in the American South tweet “y’all” more than people in the Northern US, for example.

Then the article gets to the good stuff:

According to Scott Kiesling, an associate professor of linguistics at the University of Pittsburgh, the next step from this study is to examine whether these Twitter dialects spread, and if they do, how. A conference later this year at Georgetown University will examine language and new media, Kiesling told The Associated Press.

The article is too vague to explain if this study would measure Twitter’s effect on spoken dialects, or simply the way dialects are expressed on Twitter. But I’ll offer my analysis anyway.

In terms of spoken English, I’m unconvinced twitter and social media can spread dialects. These sites strike me as much too fragmented as communication devices to achieve the kind of influence as other media.

By contrast, for two decades white American teenagers have adopted features of African American Vernacular English, due to listening to large amounts of hip hop. That makes more sense to me, since young people can listen to certain genres of music hours upon hours a day.

I have no doubt there are also kids who visit twitter obsessively. But they’re just not exposed to dialect or accent features enough for it to make a real impact in how they communicate verbally. And given the divide that already exists between written and spoken language, I think Twitter’s influence in this regard is dubious.

But the more pertinent question is whether there are “twitter dialects” emerging. As any linguist will tell you, dialects exist in any kind of language, not just spoken. To give the most notable example, there are dialects of American Sign Language.

I’m wary of the notion of “e-dialects,” however. I use gchat and skype a lot, and I’ve noticed that people maintain their own idiosyncratic ways of communicating much more than when speaking, rather than less. Some folks punctuates their chats, anothers use ellipses, others go crazy with emoticons. Personally, I find the appeal of electronic communication is the very opposite of accent or dialect spread: technology lets you maintain your own voice, and feel more fearless about asserting your identity.

These are of course layman’s observations, and future studies may prove me wrong. One thing is for certain though: technology will continue to impact our language, and in even more powerful ways than ever. I’m just not sure Twitter is going to be the agent of these changes.

Ben T. Smith launched his dialect fascination while working in theatre. He has worked as an actor, playwright, director, critic and dialect coach. Other passions include linguistics, urban development, philosophy and film.
View all posts by Ben →
This entry was posted in American English and tagged social media. Bookmark the permalink.